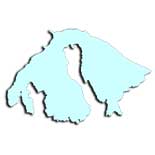 The Ten Minute Play Festival Lights Up the Grange!

It’s that time of year again. The Actors Theater of Orcas Island will present the Sixth Annual local Playwrights’ Festival. The festival was created to encourage local island talent to show off their skills and to challenge islanders to develop skills in writing, acting and directing.

As with previous festivals, this year includes a mix of seasoned and new playwrights. The seven short plays have varying themes ranging from time travel to a reunion to a thrilling life threatening encounter.  New playwrights include Andrea Hendrick, Ruthie Neuman, Mary Poletti, Brigid Ehrmantraut, Jennifer Brennock  and Susan Anderson. New to the ATOI director’s role are George Zimbelman and Angelica Mayo.  New to the ATOI Stage are Jamie Mulligan-Smith, Chris Jones and Virginia Erhardt.

The plays included in this year’s Play Fest are:

Lockdown, written by Michele Griskey, directed by George Zimbelman and performed by Regina Zwilling and Nick Hershenow.   Two people trapped in a small office with only Shakespeare to save them from the unknown.

Round Trip Fare, written by Lin McNulty, directed by Melinda Milligan and performed by Aaimee Johnson, Lesley Liddle/Angelica Mayo, Luann Pamatian, and Katie Zwilling. A chance encounter in an Orcas beauty salon may make a life-changing connection for one of its’ residents.

Test, written by Jennifer Brennock, directed by Robert Hall and performed by Jamie Mulligan-Smith and Chris Jones. Karen, a party girl and former accomplished ballerina with a taste for recklessness and an addiction to being loved, deals with her fear of being alone as she awaits the results of her pregnancy test.

The Request, written by Ron Herman, directed by Robert Hall and performed by Kaitlyn Pulju and Frank Michaels. This is just one story about life and death … and release.

The plays will be presented over two weekends at the Grange on Friday, April 29, Saturday, April 30,  and Friday, May 6, Saturday May 7 and Sunday, May 8.  All performances are at 7:30PM.  This family friendly event is $5 for adults and children. Tickets will be available at Darvill’s, at the door and on the web at http://www.brownpapertickets.com/event/171228
No one is ever turned away for inability to pay.

This entry was posted on April 16, 2011 by Lance Evans in Event, Theater and tagged actors, events, grange, theater.